Resorts World New York City is hopeful that legal changes will occur soon so that the venue can begin to offer full-scale casino gaming.

In New York State, efforts are being made to allow for full scale casino gaming downstate. When gambling was expanded in the state back in 2013, it allowed for upstate venues to become established first, and then downstate would have their turn. However, the downstate venues had to wait until 2023, which is still two years away. Lawmakers are currently considering allowing the process to speed up, so venues like Resorts World New York City can get started sooner rather than later.

The COVID-19 pandemic has led to major revenue issues in New York, as well as other states. By allowing the downstate casinos to get started, it would lead to instant as well as continual revenues. The Resorts World venue now has support from Queens community leaders, with everyone coming together to try and see the process begin.

To be able to start offering upgraded services, a moratorium must be lifted. The moratorium prevents table games from starting downstate for another two years. In Queens, a coalition has been formed to try and see the Resorts World venue given one of the available casino permits.

Members of the group include the local Chamber of Commerce, Jamaica YMCA, Queens Centers for Progress, Queens Economic Development Corporation, and the Boys & Girls Club of Metro Queens. Even some members of clergy are ready to see the change so that the area can benefit economically.

The coalition recently sent a letter to Governor Andrew Cuomo, commenting on how the virus has hit the city and state. The group discussed the many jobs lost as well as tax revenues drying up that are needed for vital services.

The group goes on to say that Resorts World has lived up to what it promised, providing over $3 billion in assistance to public schools and local community organizations since it opened almost a decade ago. With the casino expanding its offering, it would create more jobs and help to build back the lost community aid and tax revenues.

The support surrounding the Resorts World Casino shows how the venue has been a leader in the community. One after another, the individuals who signed the letter spoke out about how the community has benefited from the casino.

The property attracts tourists which helps to build well-rounded economic activity. Small businesses are supported, and locals have jobs they can rely on. The main factor is that the casino generates billions in tax revenues each year.

Allowing Resorts World to become a full-scale casino would only have a positive impact on the community, according to the coalition. The entire region would be able to benefit from the growth, seeing recovery after the pandemic’s devastation.

All signs point to Resorts World having a shot at obtaining one of the permits. A budget bill recently presented in the Senate gives Resorts World and Empire City the advantage in securing licensing. A points system would be used to determine who gets the license with 10% of the total grade counted based on the bidder’s ability to start gaming operations faster than other applicants.

With a building already in place, Resorts World could easily get started as soon as possible. Of course, they will most likely want to create a larger space on the facility grounds, but with a casino already constructed, they could move areas around to get started immediately with full-scale casino games.

It will be interesting to see if the support of Queens leaders will help Resorts World have an advantage and be chosen for one of the licensing options once casinos can launch downstate. 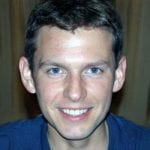 Associate Writer: Simon loves to bet on sports as well as play online slots, and he has a keen eye for sorting out the honest sites from the not so honest.